Gavel Clubs are a way of providing the Toastmasters experience to groups who may be ineligible for regular membership due to age, or other circumstances. Following similar Toastmasters club meeting protocols, Gavel Clubs use club officer titles and education manuals. However, Gavel Club members are referred to as “Gaveliers”. Gavel clubs also provide Toastmasters members and clubs with an excellent opportunity for community service. The WIS Gavel Club was founded in August 2018.

The organization grew out of a single club founded by Ralph C. Smedley on October 1924, at the YMCA in California, United States. It originated as a set of classes with the aim of improving the communication skills of the young men under his charge. Toastmasters International was incorporated under Californian law on December 1932. The first international chapter was established in Vancouver, Canada in 1932. The organization began admitting women in 1973.

Toastmasters International is a nonprofit educational organization that teaches public speaking and leadership skill through a worldwide network of clubs. Headquarterd in Englewood, Colo. The organization’s membership exceed 364,000 in more than 16,200 clubs in 145 counteries. Since 1924, Toastmasters International has helped people from diverse backgrounds become more confident speakers, communicators, and leaders. Lena, a Gavel enthusiast, is a passionate, ambitious and sophisticated young leader who considers a practised and a well-organized speech, rather than just effortless work. The time she has spent in Gavel has pushed her to work harder, smarter, as well as make her comfortable and confident in giving speeches in front of the Club. She tries to excel and push herself to the fullest, in order to feel accomplished. Although she might face challenges and sometimes even lack the motivation to present a speech, she still comes through and gives it her all. She has recently been elected as Gavel Club President and will strive to make the club a place of accomplished leaders.

Bilal is the new Vice President for Gavel Club. In School, he is also a prefect. Personality wise, he is a very lively and talkative person. He has a wide array of friends and is very likable among his peers. He joined Gavel Club to advance and gain more public speaking skills. Bilal hopes that he will be able to serve the Club well in his role and help other members excel in their speech and leadership projects. Sarah is a new member of the Gavel Club. She was previously the President of the Editorial and Creative Writing Club and also a Student Librarian. She is a very outgoing and talkative person who is extremely opinionated. She tries her best to complete tasks and participate in discussions. She joined Gavel Club to gain more public speaking skills. Sarah hopes that she will gain new experiences as a member of the Club and also develop her leadership skills.

Mr. Emeric has been a member of Toastmasters International since 2013. He joined Toastmasters after noticing how his university peers significantly improved in their presentation skills. As a teacher, he quickly realized that this Club can add value to his students’ development in leadership and public speaking skills. He has served as Counselor in two other Clubs with WIS Gavel Club as his third. Mr. Emeric hopes to see the Club producing its first Competent Gavelier Communication achievement this year. 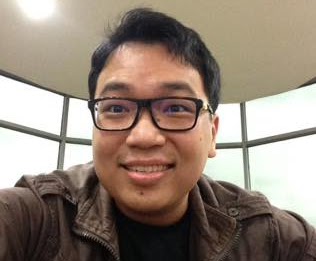 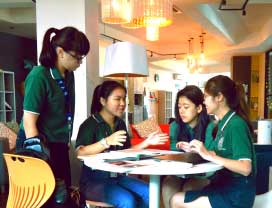